Pike On The Fly At Eyebrook 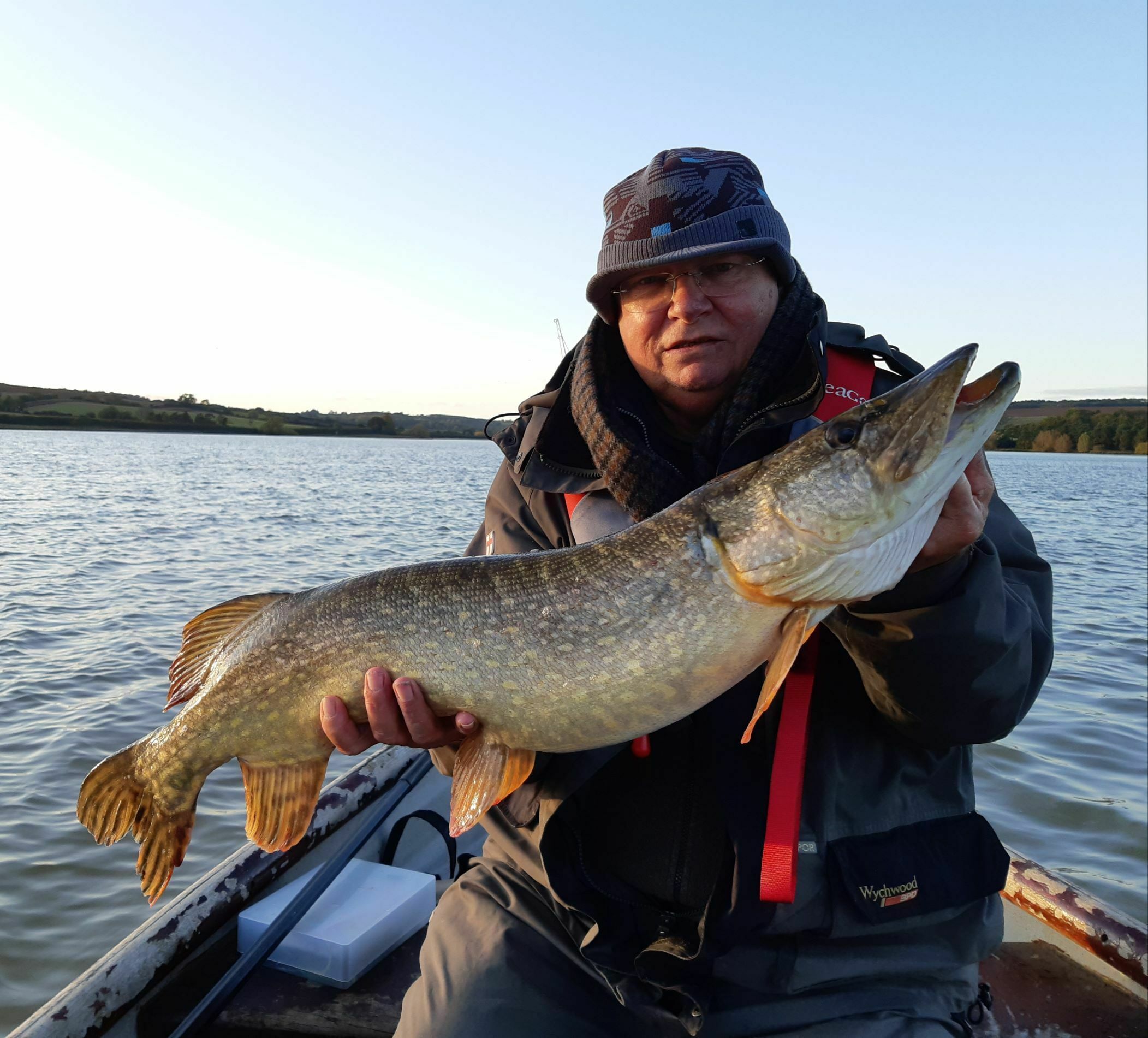 Pike On The Fly At Eyebrook

I’ve fished Eyebrook for pike for the past two seasons. The place has some amazing fish,well worth catching with last year seeing a fish bottom some scales out at 40lb! Having only being able to have a couple of trips to Eyebrook this year myself and long time pike buddy Jim were keen to have one last go at them before Eybrook closed its gates on the 31st of October. Pike anglers being a funny sort it was hard to gather any information leading up to our outing but having spoke with a couple of guys that work in the lodge a couple of days prior reports were there was a few fish getting caught but anglers had been hampered by the rain the week before. Knowing how the lake colours up very easily with water coming in off the fields and through the stream that runs in at the top end, water clarity was always going to be an issue. We had been told that the pike that were showing themselves were of a decent stamp though. Numerous 20’s and a 33lber had come out within the last couple of weeks. 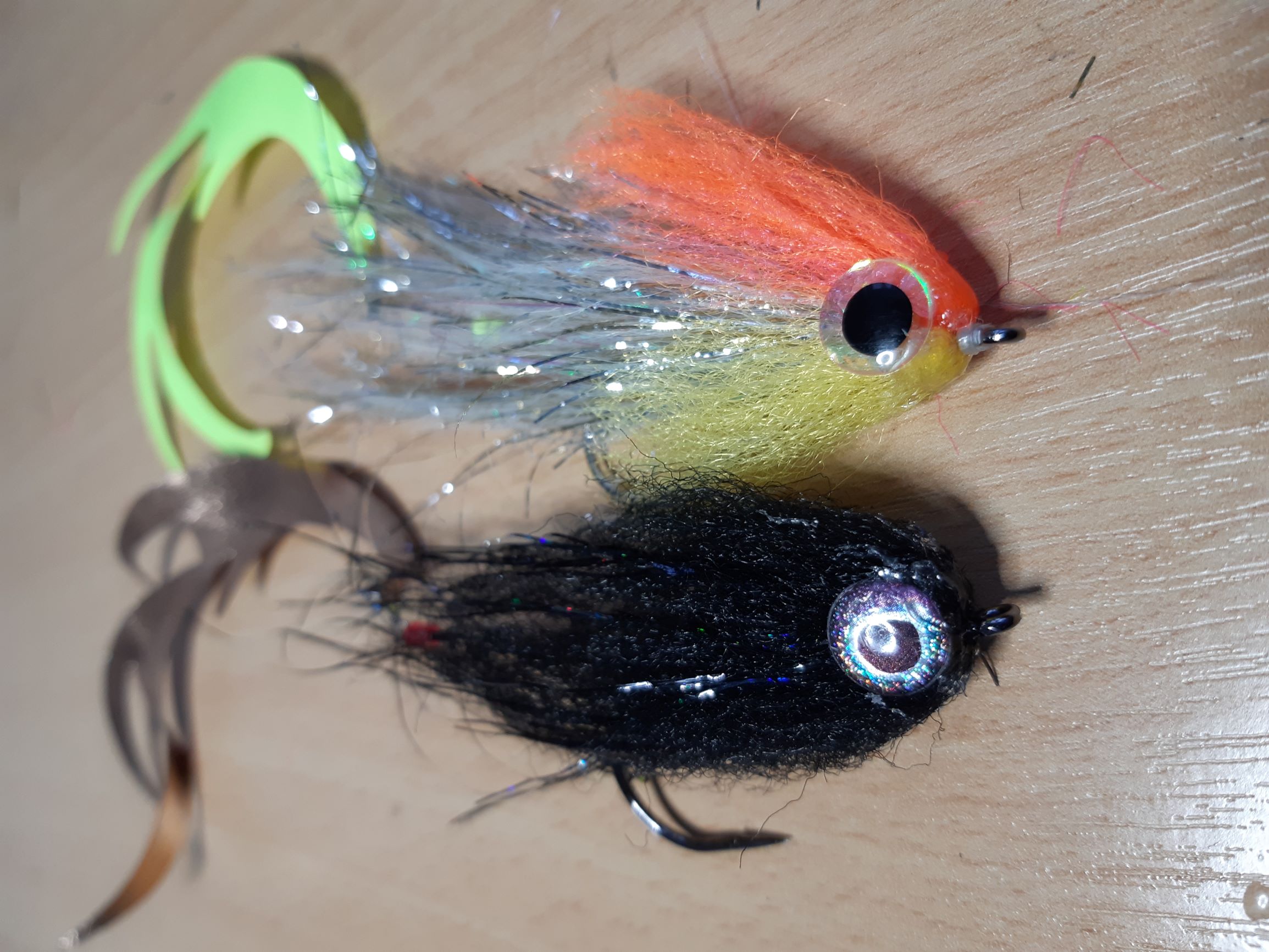 And so we set off… arriving for around 8:30am, the first thing we noticed was the amount of water that had come in to the reservoir! The water level was around 3ft above normal and the ramp to the jetty was submerged. We casually set up as we knew we were in for a tough day and heading out around 9am. Myself and Jims set ups were very similar, both opting for a DI3, 6-7ft of 25lb fluorocarbon and a wire trace on the end. I started on a black and copper wiggle tail fly as I had reasonable success with this pattern on our last outing and the rattle in the under body paired with the wiggle tail would create a fair amount of disturbance and noise underwater, just what was needed if a pike was to have any chance of hunting down my fly.

Our first drift was to cover the area that had apparently produced the better fish over the last week or so, Robbo’s cabin. The lake bed here is very up and down with depths starting at around 11-12ft only 20 yards from the bank and soon sloping off in the riverbed with depths to 26ft in this area. For those that don’t posses a sounder or fish finder of some sort I would highly recommend one for pike fly fishing from a boat. Without this its near impossible to know what depths and bottom structure you are fishing over. For those that weren’t aware Eyebrook has a stream bed running from the top end in the shallows right through to bottom corner of the dam end. This stream or river bed is known for holding Eyebrooks larger residents, trout included! 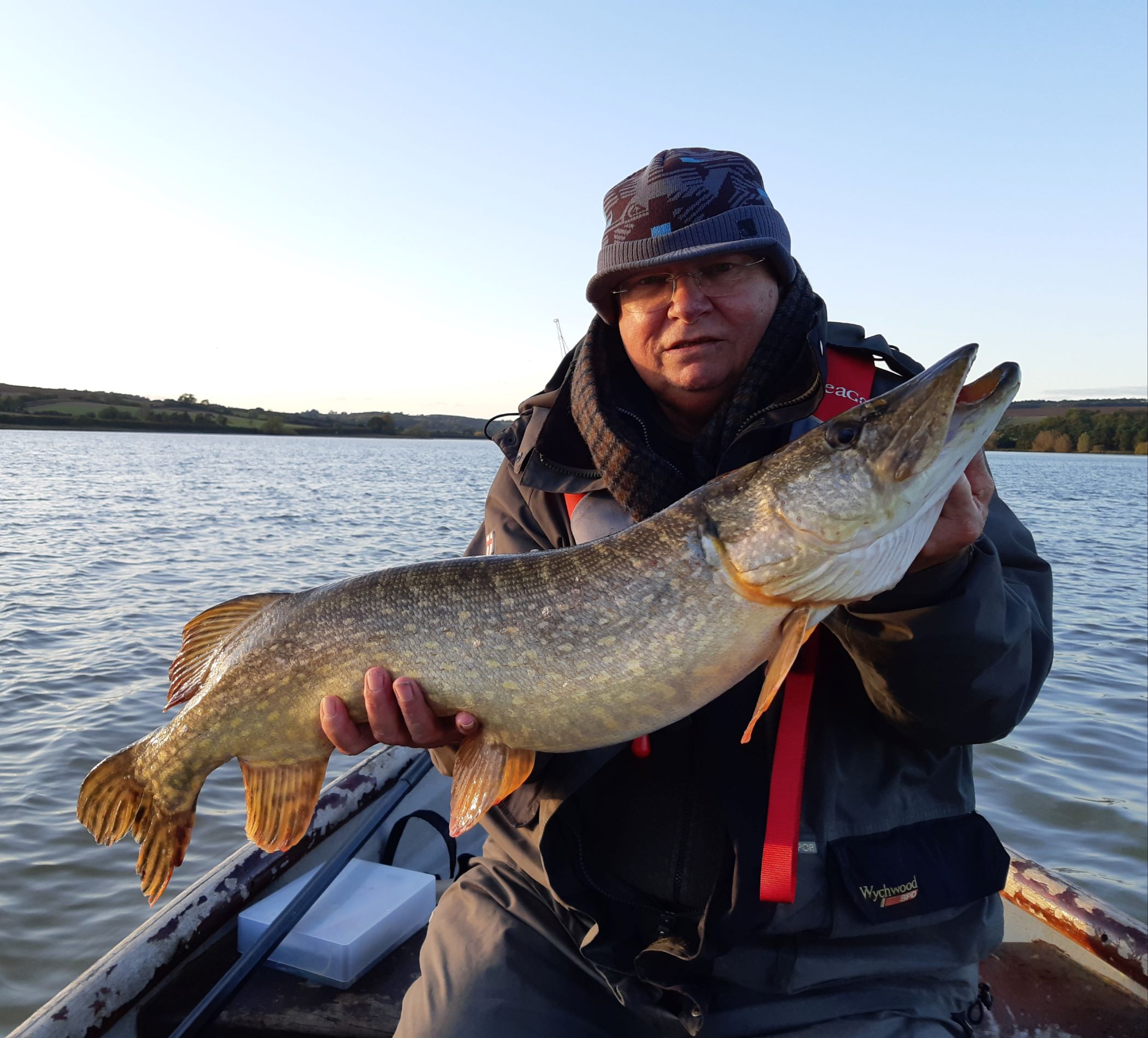 The first drift produced no action and it was clear that we were in from a long day. Our nightmares were soon realised as the viability was around 2ft and to even have a chance we were going to have to put it right in front of a fish. With the clarity being so bad and none of us having a touch I suggested to Jim that we spent 15-20 minutes just having a motor around to see if we could see any clearer water. We left Robbo’s, headed across to the island and motored all way up past the chestnut to the mouth of the bay and across. It wasn’t until we went over the stream bed, towards the willows that we saw a noticeable difference in the clarity. The wind was pushing out from here and it was clear that with the coloured water coming in at the top end and being blown down the reservoir wrote pretty much everywhere else off.

Viability here was 3-4ft and we felt a lot more confident that the pike would at least stand a chance at seeing our flies. Also, the depths only varied from 7-14ft we knew we would be able to get the flies down and keep them in the pikes window of vision for longer. It was heads down time! The first drift here produced a fish for me. After passing over a weed bed a long pike of around 6lb took the black and copper wiggle tail on the hang in around 8ft of water. Other than being on the lean side this fish was in immaculate condition and certainly had room for a couple of extra pounds! We drifted on until we hit the deeper water where the colour was worse and repeated drifts in the area for another couple of hours for nothing. 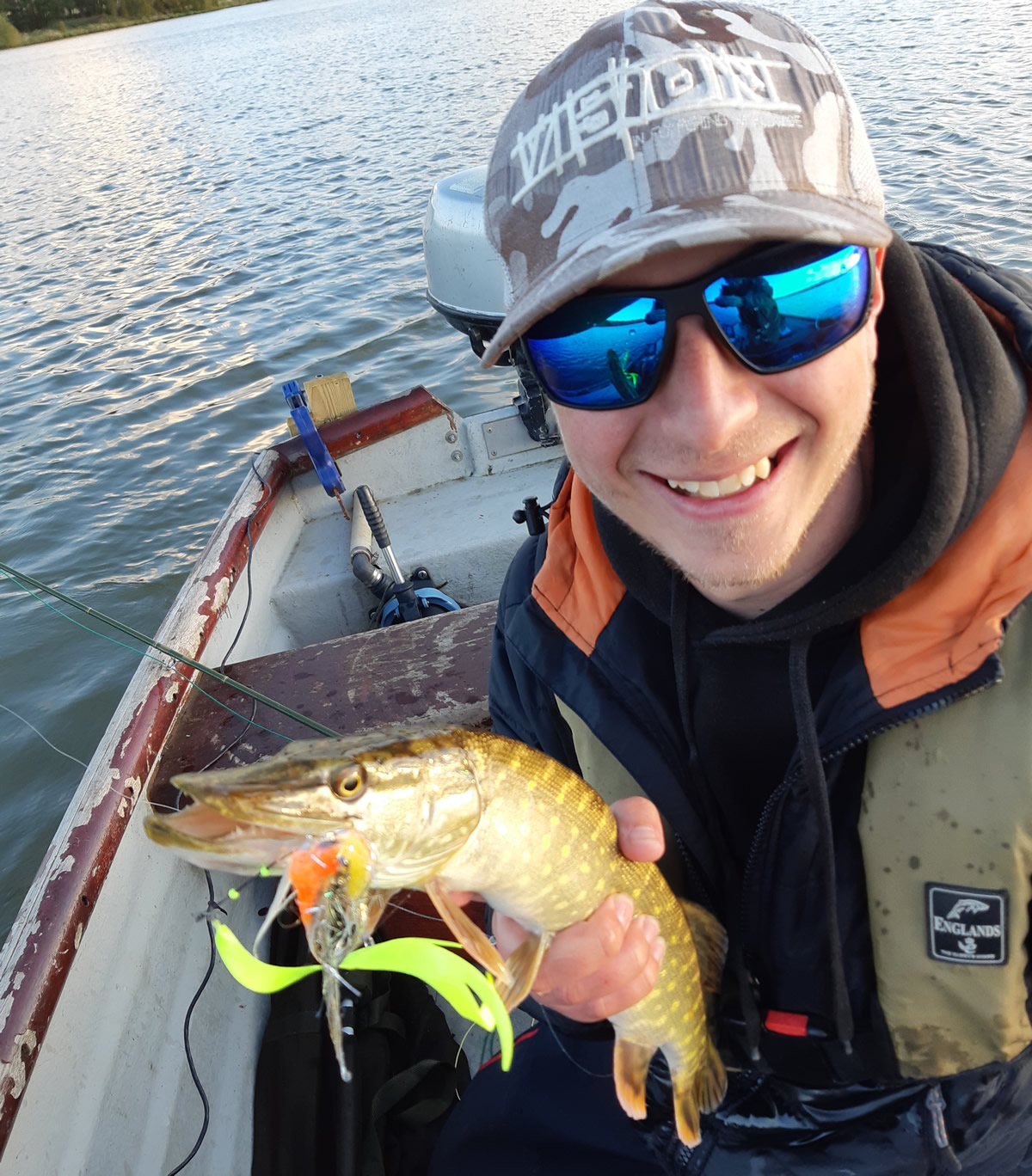 At this time it was time for a fly change for us both, having no interest at all for hours after my fish. Pike can be funny creatures like this and especially as the temperatures drop in the colder months the feeding spells can last only a few minutes. And so we both saw this as a chance to experiment with new and recently tied flies. I went for something large and bright, a yellow and orange sparkler wiggle tail. Jim put on a personal favourite of his, a white and red marabou pattern.

And so half way through this drift I had a couple of bumps to the bright fly. Slowing things down for the next cast I immediately had two more bumps followed by a lock up. Unfortunately, this fish was a lot smaller and I was able to hand him out of the water and unhook him rather easily. We both had a little giggle to ourselves wondering how it had even been able to take the fly! We carried on drifting, again noticing that we had crossed a weed bed when I had the action. 10-15minutes past and in 10ft of water right down the side of another weed bed Jim had a solid take on the drop. After allowing the fish to turn with his fly Jim had bent in to what looked a lot better fish. I immediately retrieved my line and took hold of the net knowing that what he was attached to was certainly of a better stamp than what I had seen. This pike gave several deep bursts towards the weed but Jim with all his experience was able to bring it under control and I put the net under what looked like a good mid double, get in! We swiftly unhooked her and weighed her in the net as to not course unnecessary stress. I was shocked to see the scales to go round to 12lb 8oz, I thought it was a fair bit bigger. Anyway, we were more than happy with such a fish to the boat in what certainly were challenging conditions.

We drifted the same area a couple more times in the hope that we could snatch one last pike as the sun dropped. I had one more bump to the bright wiggle tail but unfortunately nothing else locked up for us and 4:45pm soon came around. It was time to head in.

Reflecting on the day, we knew it would be a gruler, it certainly was and we were very happy to stick a few pike in the boat and Jim’s fish was an even bigger bonus. We both look forward to Eyebrook opening again for pike fishing next June, hopefully they’ll be more tales to tell! 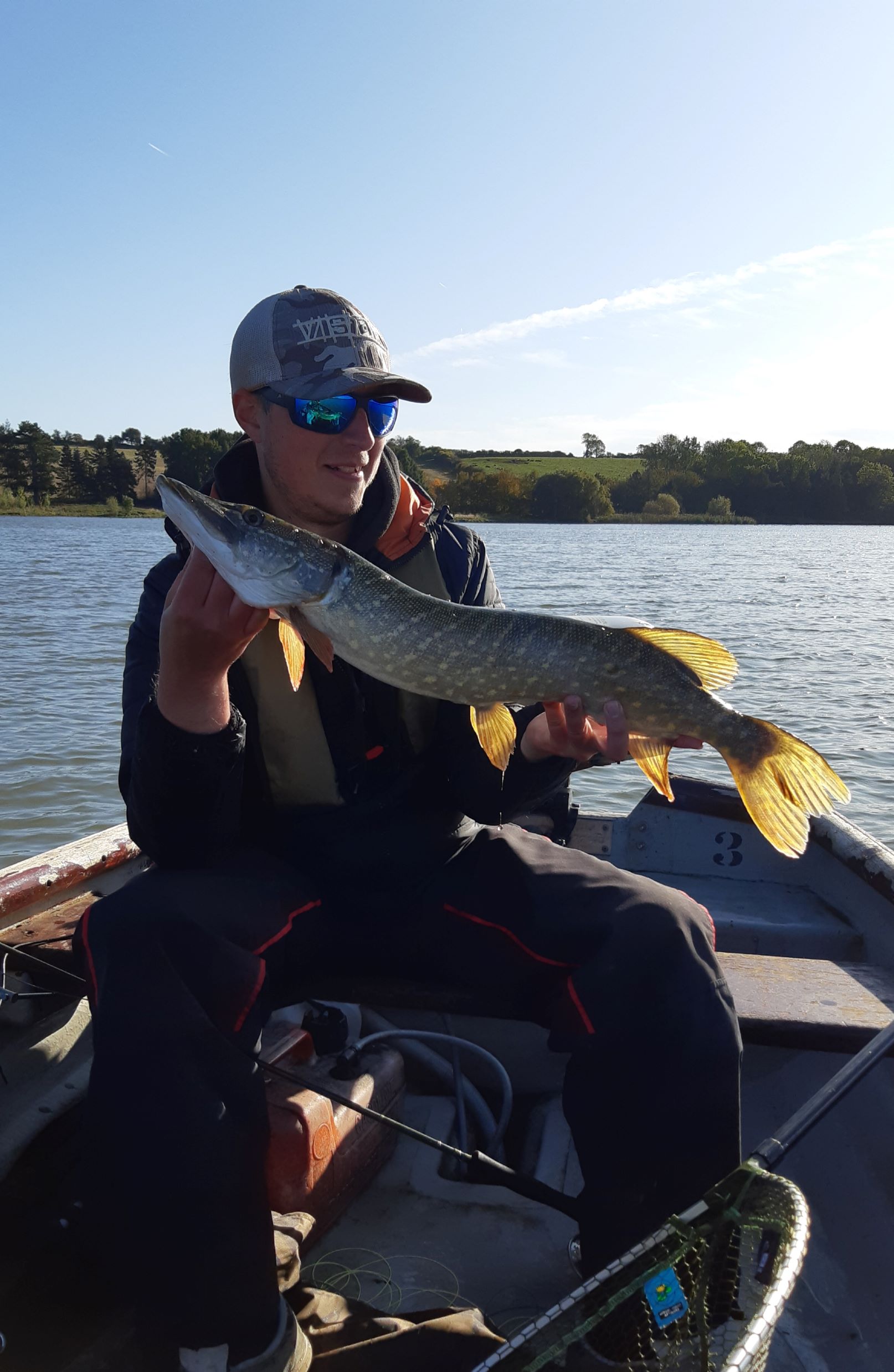 Please leave a review below 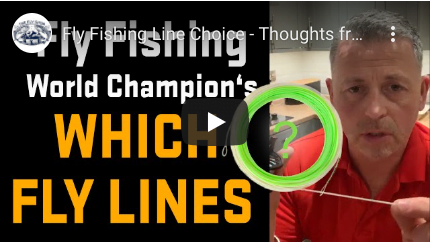 As a request by many, after our last video where former Fly Fishing World Champion shared his best teams... 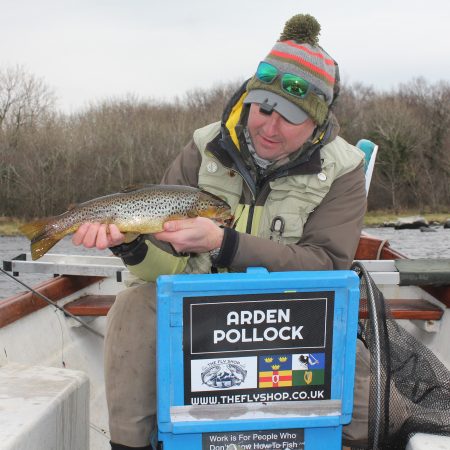 Island Hopping on Lough Erne After all the rain the water levels on Lough Erne, Co Fermanagh were beginning to...

A moody day on Llyn Brenig

A moody day on Llyn Brenig today with all types of weather. 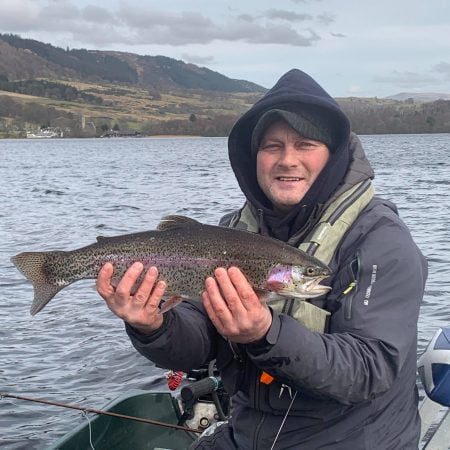 Wullie and I we were fortunate enough to get a boat on what is annually one of the hottest... 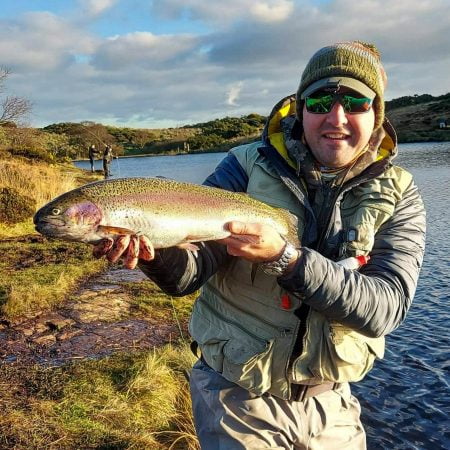 Love it or hate it, bung fishing can be a very productive method on the small Stillwater’s, particularly in... 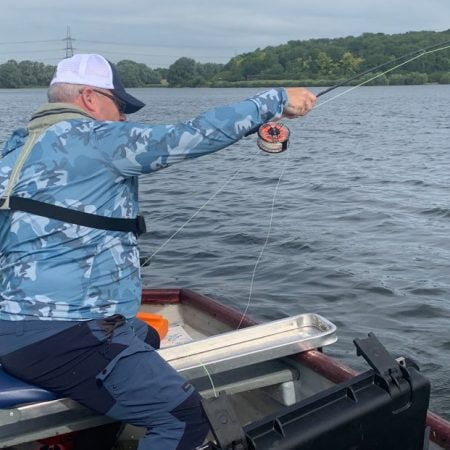 So, after being in lockdown for a few months and with the posts on Facebook it was awesome to... 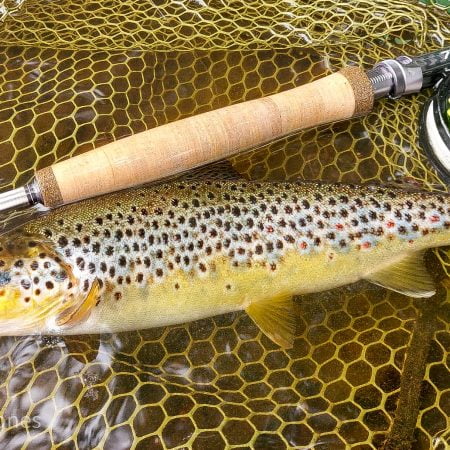 NYMPHING FOR DOLLAGHAN After some long awaited rain, the rivers got a much needed freshen up and more importantly a... 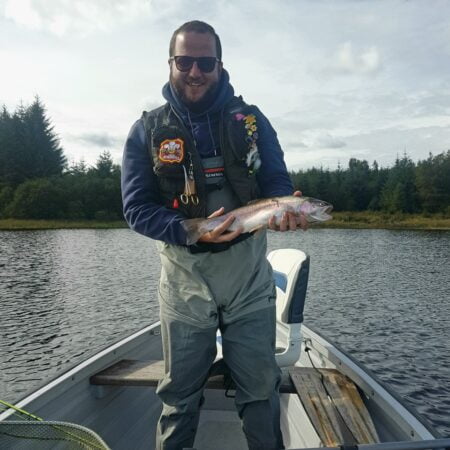 This year’s Sceirra Pairs Final sees a return to the 900-acre Llyn Brenig in Denbighshire, North Wales, and the...

First Trip Of The Season To Llyn Trawsfynydd

Having grown up fishing Llyn Trawsfynydd as a child and fishing my first youth and senior internationals here it... 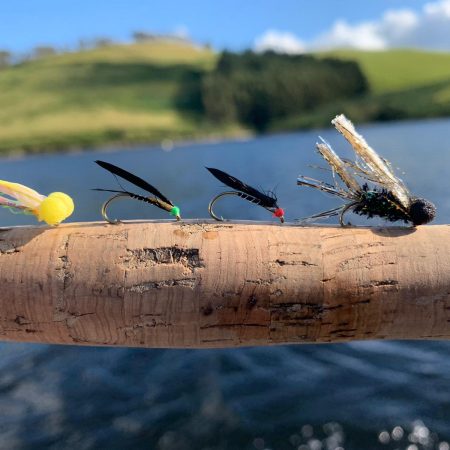 Having not been able to get out on the water since our Airflo Anglian qualifier a couple of weeks...